Can you eat Parma Ham when Pregnant? Is It Safe or Bad for Baby?

Have you ever wondered how can you safely incorporate Parma ham in your pregnancy diet, without risking the health of your baby? Read on to find out.

Can you eat Parma Ham when pregnant?

The list of foods that may be harmful to you or your unborn child during pregnancy may seem endless and overwhelming, but if you follow the safety advice in this article, Parma ham is one less thing to worry about! You can enjoy this delicious Italian delicacy by just following one simple rule: cook it before eating!

What is Parma ham?

Parma ham, also known as Prosciutto di Parma, or prosciutto, is a dry-aged ham from the Parma district in Italy. It has a protected status, which means that only ham that meets very strict regulations from that specific region may be called Parma ham. The pork is preserved only with pure sea salt, no other chemicals like nitrites are allowed. As it dries, the flavor becomes concentrated, resulting in a pink ham with a slightly sweet, nutty flavor. These hams are cured for at least one year, and only after they meet very strict quality requirements, are they stamped with a crown brand to signify that the ham is a genuine Parma ham.

The preservation of ham through salting and drying works very well because bacteria and other potentially harmful microorganisms do not grow well in very salty or dry environments.

Is it safe for pregnant women to eat Parma ham?

According to the NHS, cold cured meats, like Parma ham, are something pregnant women should be careful with. They recommend cooking the ham thoroughly before eating it to eliminate any risk of toxoplasmosis. Parasites that occasionally infect raw meat can cause toxoplasmosis, which can cause miscarriage in pregnant women.

Correctly cured and handled prosciutto carries a very low risk of causing foodborne illness, but according to the USDA, other foodborne illnesses that are associated with eating cold cured meats include Escherichia Coli, Salmonella, Staphylococcus aureus, and Listeria Monocytogenes, Toxoplasmosis.

Try not to worry if you accidentally ate Parma ham while you are pregnant, as the risk of becoming infected is very low, but seek advice from your health professional immediately if you do experience these symptoms described by the NHS; high temperature, aching muscles, tiredness, feeling sick and other flu-like symptoms.

Parma ham contains quite a lot of salt. Eating excessive amounts of salt may increase your blood pressure and affect foetal development.

How to eliminate the risk of foodborne illness altogether

Simply cook your Parma ham to make it fully safe to eat while you are expecting. Heating raw meat to temperatures above 63° C (145° F) will eliminate toxoplasmosis according to the CDC. If you do not have a food thermometer, cooking the ham until steaming hot will suffice.

Does Parma ham have any benefits in pregnancy?

As with all animal products, Parma ham is high in protein, but it is usually eaten only in small amounts as a delicacy or to add to the flavour profile of a larger meal. Avoid eating excessive amounts, as it is quite high in salt.

How to include cooked Parma ham in your pregnancy diet

As long as you cook the ham to heat higher than 63° C (145° F) it is safe to eat during pregnancy. Here are some ideas for hot dishes that you can make with Parma ham.

Frying your ham in a pan with some olive oil will result in a wonderfully crispy topping that you can add to pasta dishes. By adding some grated parmesan and carefully washed greens, you can make a complete nutritious pregnancy dish. These crispy bites also add great depth of flavour to any salad. Of course, it also makes a great crispy, savoury snack on its own.

It is a great topping for pizza. Simply ensure that it is added to the pizza before baking to cook it properly to ensure complete food safety. Enjoy one or two slices of pizza with a side salad for a balanced meal.

Parma ham, tomatoes and burrata are a great combination on sandwiches. Simply close the sandwich and toast to ensure that it is heated to a safe temperature. You can get more information on eating burrata cheese during pregnancy here.

Parma ham can be switched for any cold cured meat, like ham and salami, but you should still ensure that you only eat it cooked to avoid the risk of food-borne illnesses. Hot smoked ham is ready to eat as-is for pregnant women, as the heat from the smoke destroys harmful microorganisms. Prosciutto is also a good alternative, as it is made in the same style, but is not officially certified Parma ham.

Parma ham is safe to eat in moderation for pregnant women, as long as they ensure that it has been cooked. If you need any more information on food safety or recipe ideas during your pregnancy, please download our app here.

Parma ham is a source of protein, but should only be eaten in small amounts due to high salt content. It is safe to eat during pregnancy as long as it was cooked well.

Parma ham and other cold cured meats that have been heated to 145F (60-65 Celsius) are considered safe for pregnant women to eat, therefore, as long as it was added to the pizza before cooking, and is steaming hot, Parma ham on pizza is safe to eat during pregnancy.

Foodborne illness from prosciutto di Parma is quite rare, but to ensure all possible harmful bacteria are destroyed, simply heat your prosciutto to 145F (60-65 Celsius).

Try not to worry, foodborne illnesses from cured meats are quite rare. Just monitor yourself carefully and if you do experience any symptoms like fever, headache, nausea and vomiting, or flu-like symptoms, see your doctor immediately. Foodborne illness from raw Parma ham can cause pregnancy complications, including miscarriage.

← Prev: Is Stracciatella Cheese Safe During Pregnancy? Safety and Benefits Next: Can You Have a Reuben Sandwich While Pregnant? Is It Safe? →

Is It Safe to Eat Fior Di Latte Cheese During Pregnancy? Benefits and Risks

Can You Have a Reuben Sandwich While Pregnant? Is It Safe?

Can pregnant women eat reuben sandwiches? Is it safe? When heated properly, corned beef can be safely eaten during pregnancy. However, if it is just warm and not hot then you are at risk for contracting an infection from Listeria bacteria. Due to this sandwich’s high saturated fat and sodium content, women who have concerns regarding cardiovascular health and/or healthy weight gain should consider consuming reubens in moderation.

Is Stracciatella Cheese Safe During Pregnancy? Safety and Benefits

Stracciatella cheese is one of the most famous Italian soft cheeses. Its name literally translates to “rag” or “little...

The app is available on iPhone, iPod and iPad in English, French, Spanish, Portuguese and Turkish.

Disclaimer: Data is given for guidance purpose. They are not supposed to replace a doctor advices 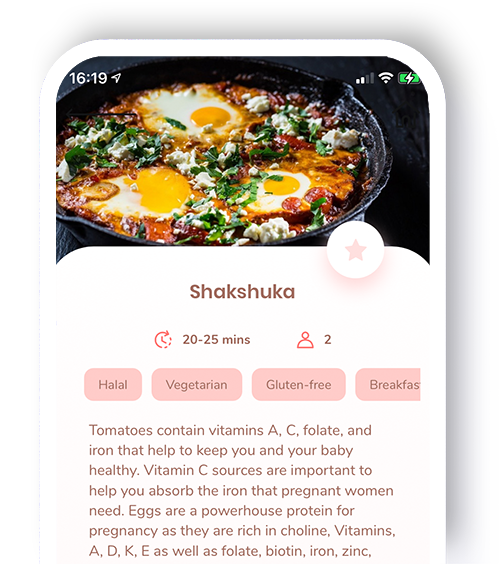